15 apartments in West London, with a central atrium

Satish Jassal Architects has designed fifteen apartments with two wings and a central atrium circulation space in Hounslow, London. The apartments consist of a mixture of two and three bedrooms. The client has apportioned part of the site for this residential development to fund a new office building, also designed by Satish Jassal Architects, on the other half of the site that he has occupied for 30 years.

The design for the residential apartment building consists of two four-story accommodation wings which step past each other and are linked together with a four storey glazed atrium. The atrium contains the staircases, lifts, link bridges and communal balconies off the half landing of the stairs. The intention is that atrium become social spaces. The two accommodation wings have tapering double storey brick piers which are separated with stone traceries and infilled with bronzed coloured anodised windows, doors, panels and projecting balconies. On the gable ends of the wings, the infills consist of stack bonded brickwork which is subtly set back.

A historical wall dating back to the 18th Century contained a garden by Capability Brown and Sion Hill House. The historic wall will be retained and restored. The blocked up archway will be opened up once again and act as the new entrance to the residential building. 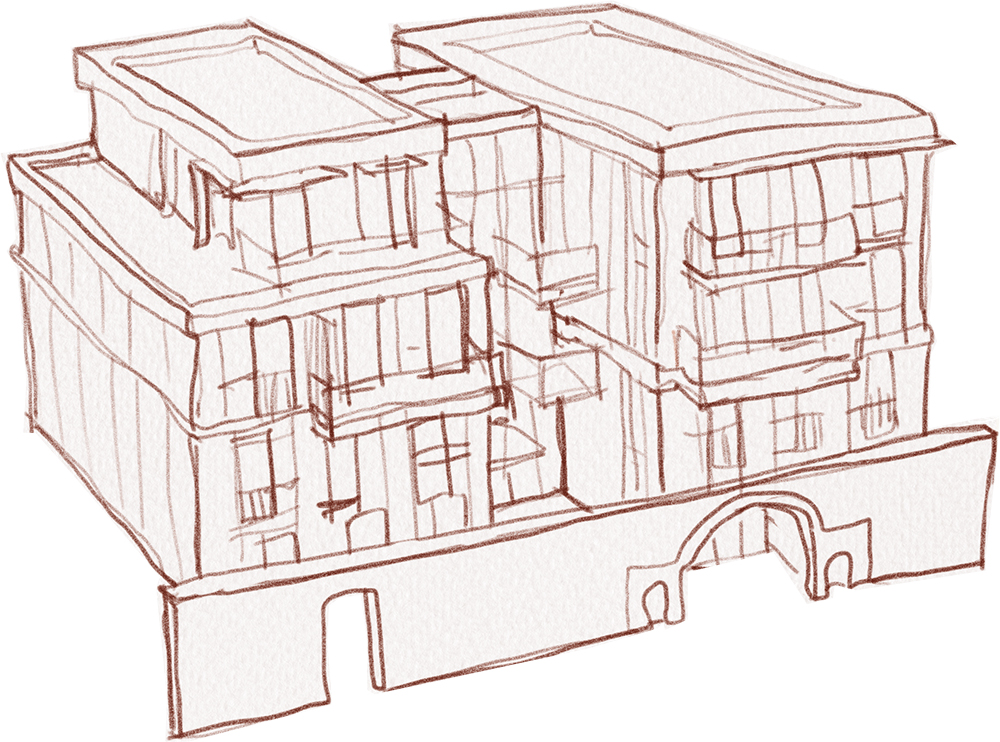 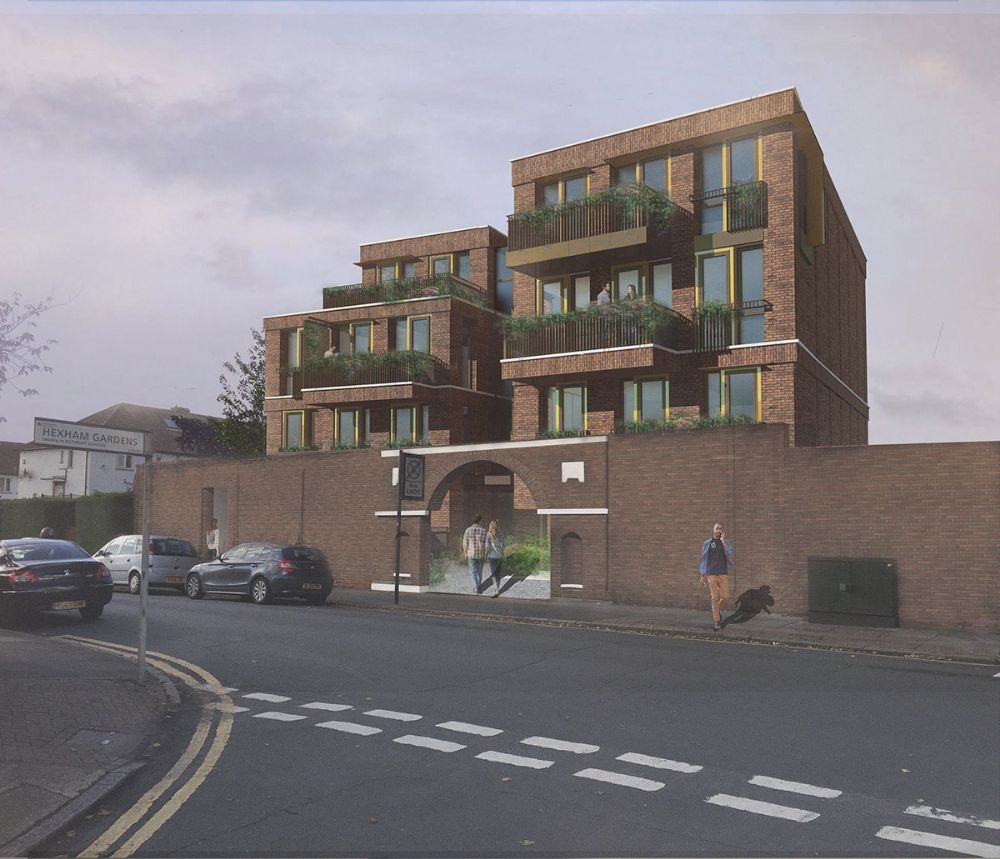 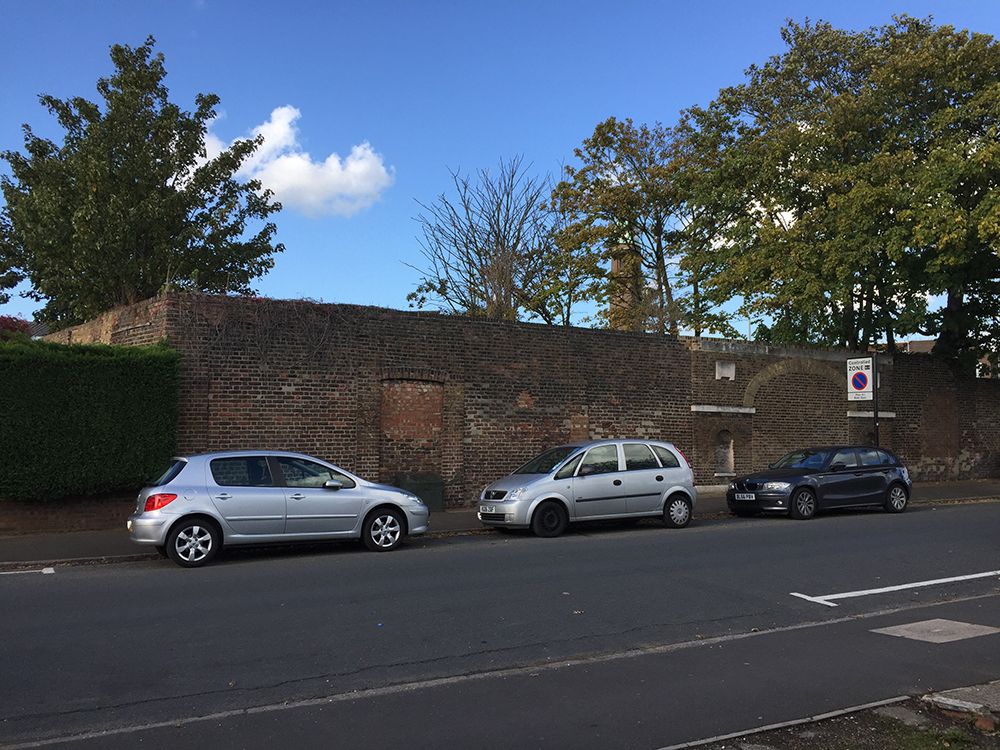 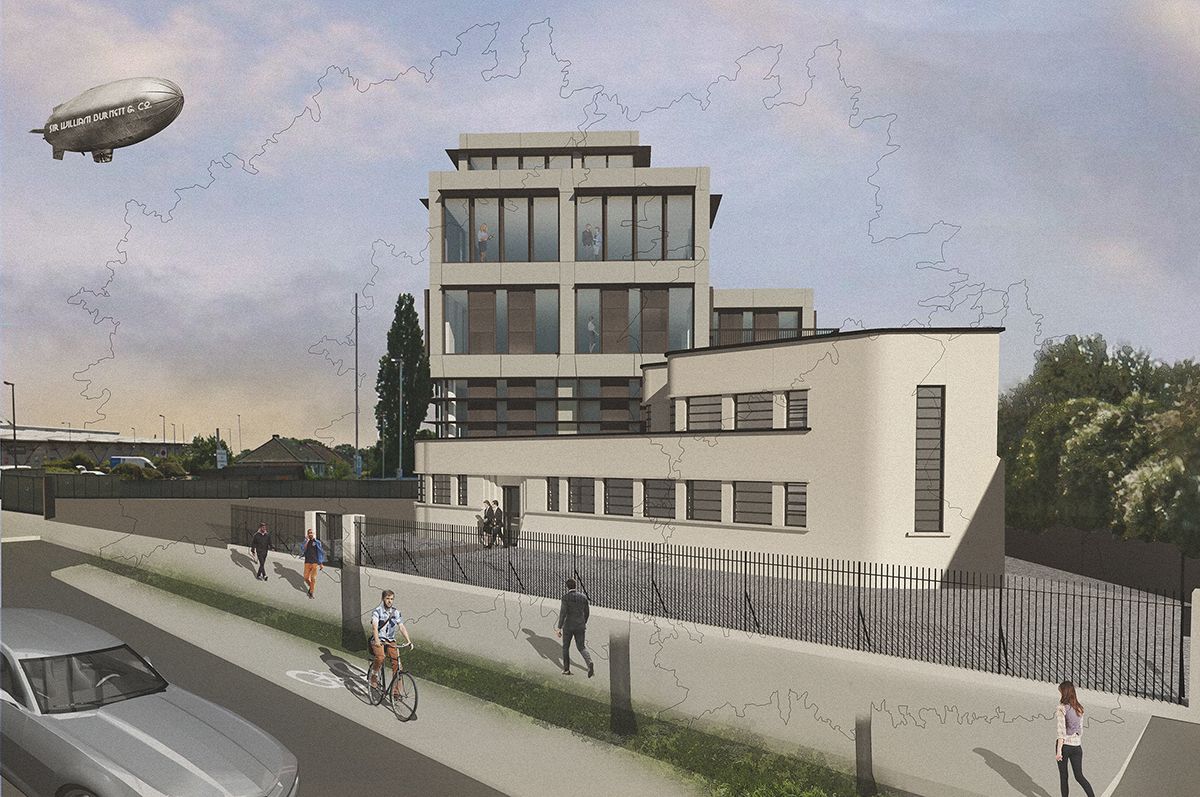 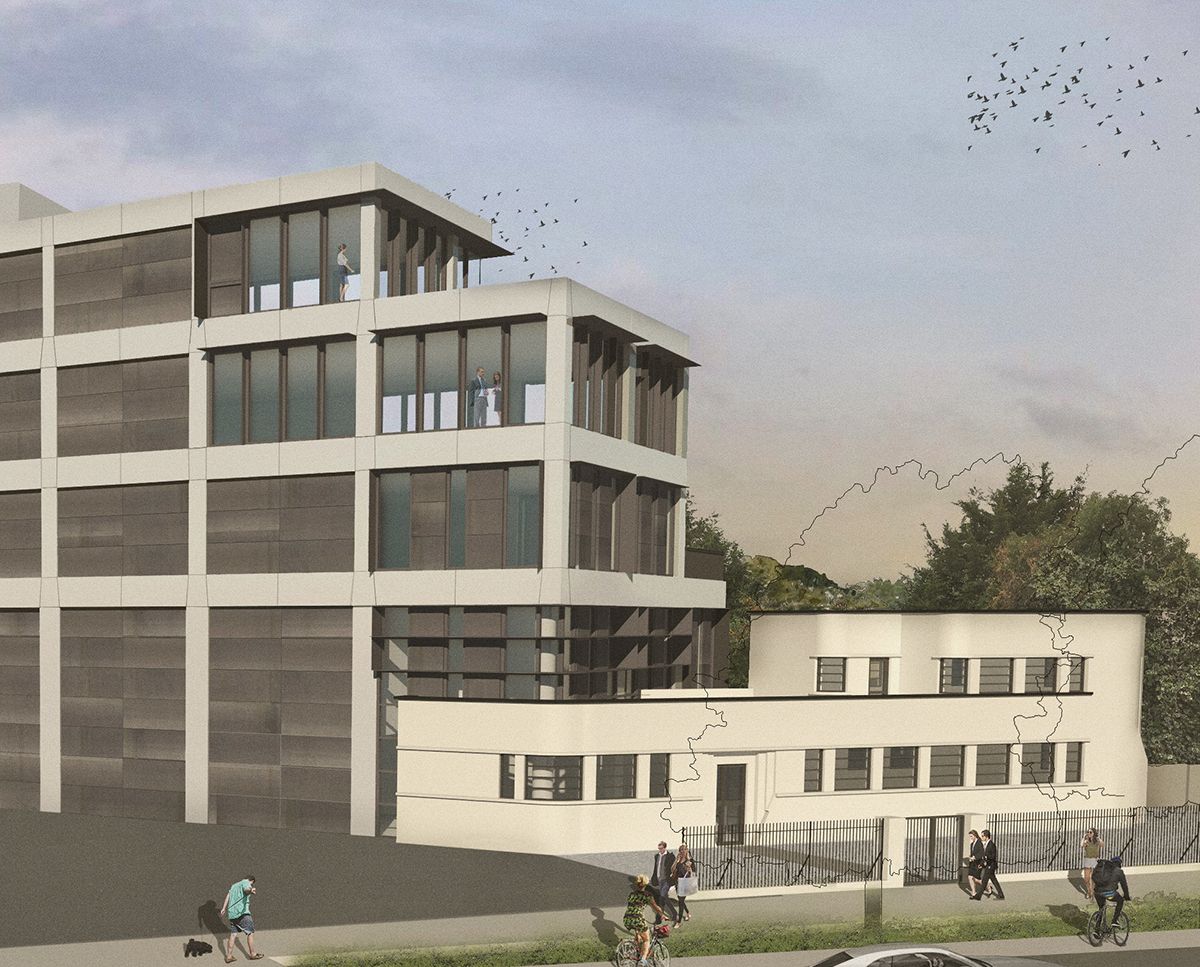 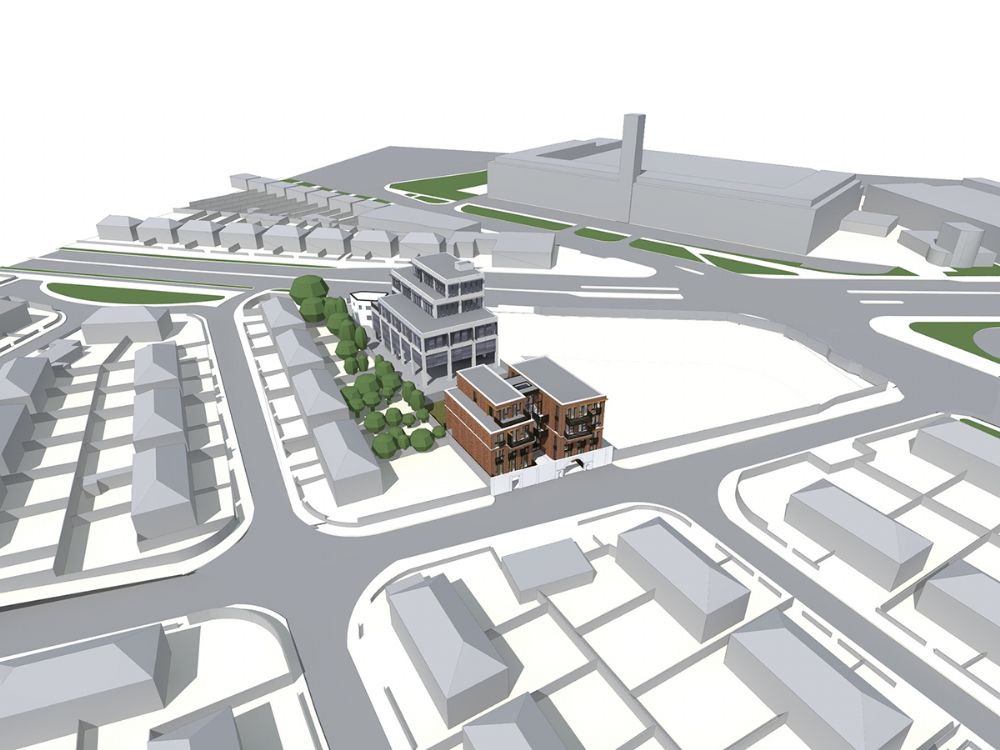 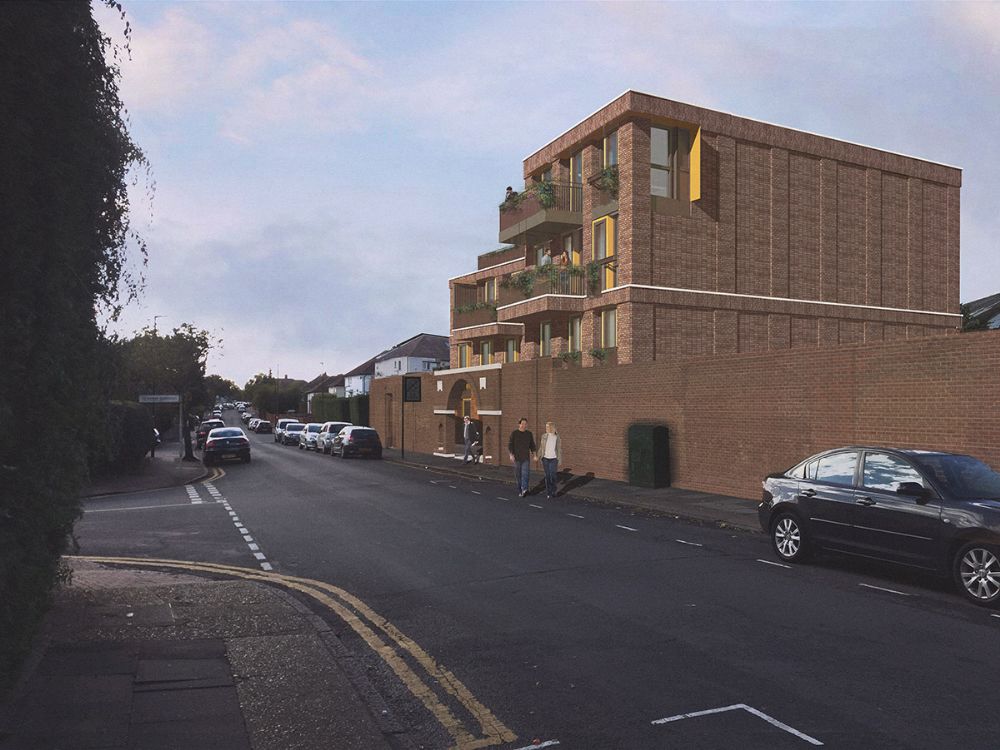 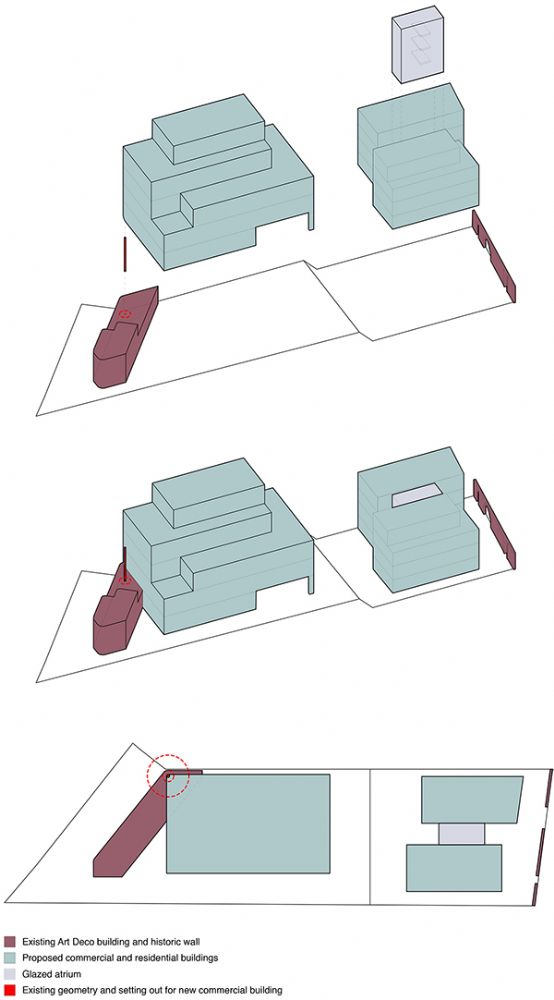