A new three bedroom house on a former garage site

Planning permission has been won from Haringey Council for a three bedroom family home that has been designed to mediate between a terrace of three-storey Victorian townhouses and a later built two storey corner plot. The site consisted of three unused domestic car garages which had been vacant for 15 years. This underutilised brownfield site is ideal for a new family home in London.

Our proposal picks up on some of these Victorian elements with a modern reinterpretation. A mixture of stack, staggered and vertical staggered red brick bondings are separated by white stone traceries to help define the form of the house. The oak panels reference the colour of the yellow London stock bricks. The oak panels also reference the bay and the tripartite windows established on the neighbouring Victorian terraces. This new home has a contemporary conversation with its surroundings. 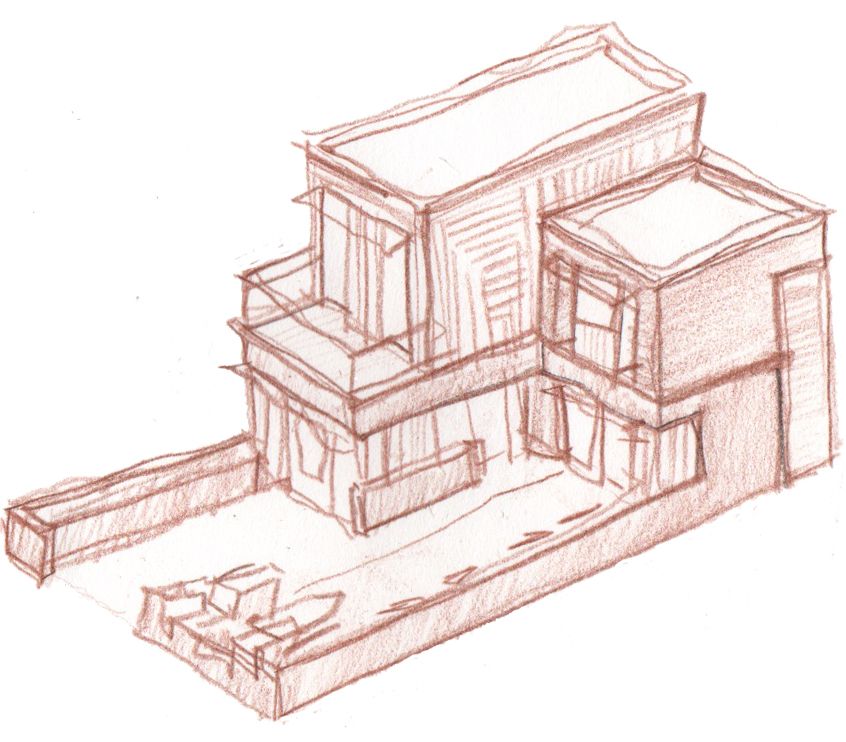 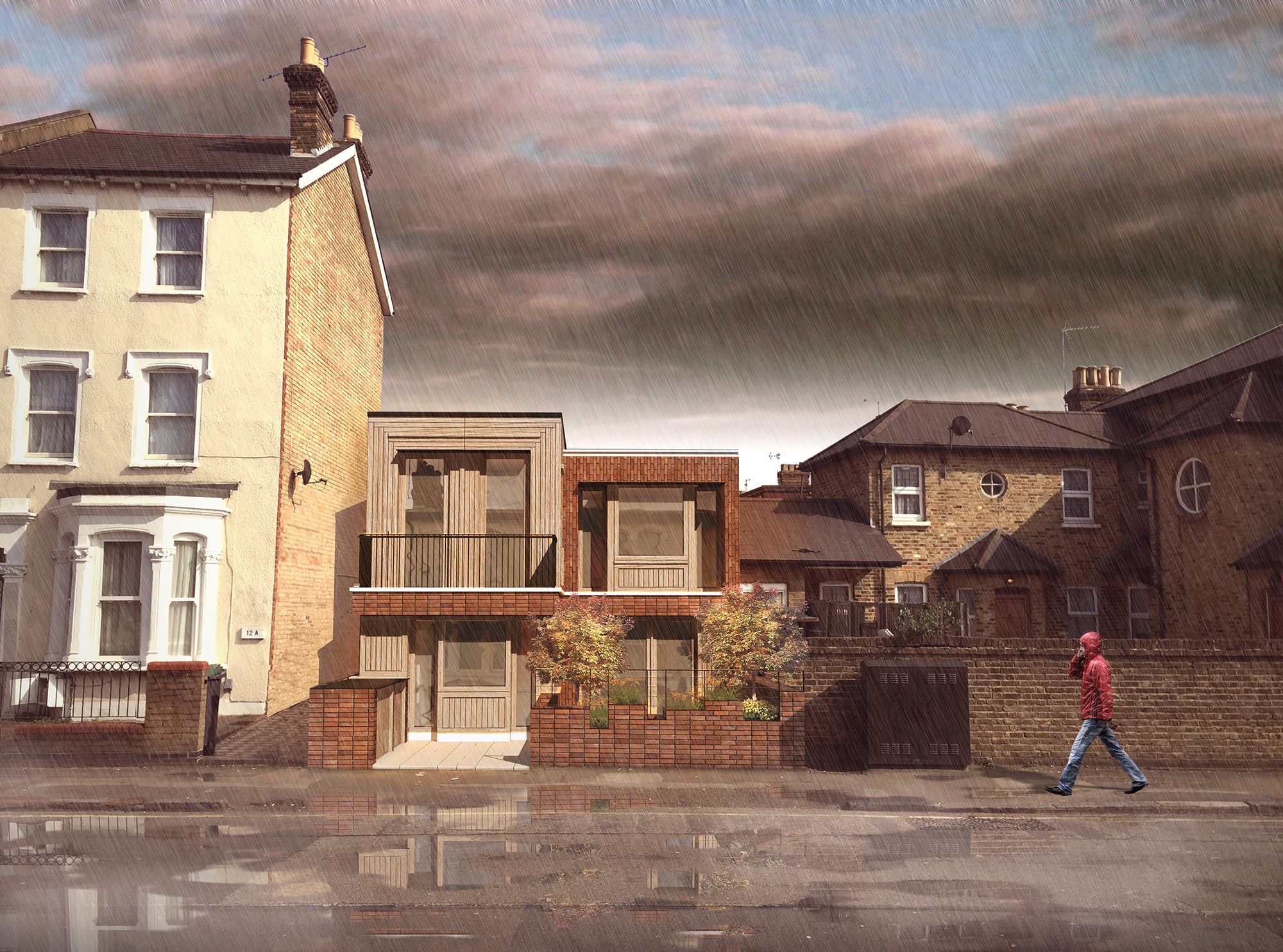 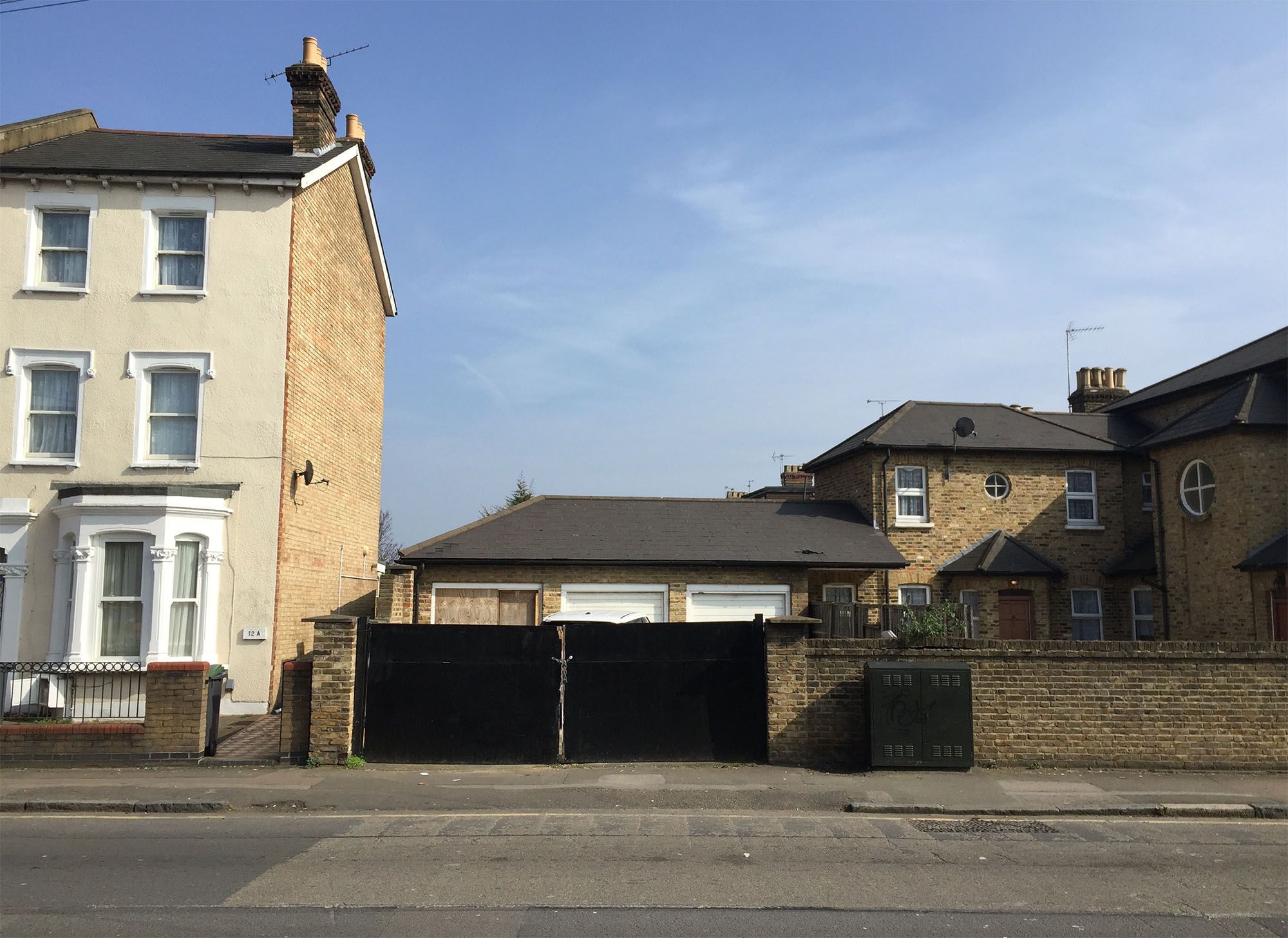 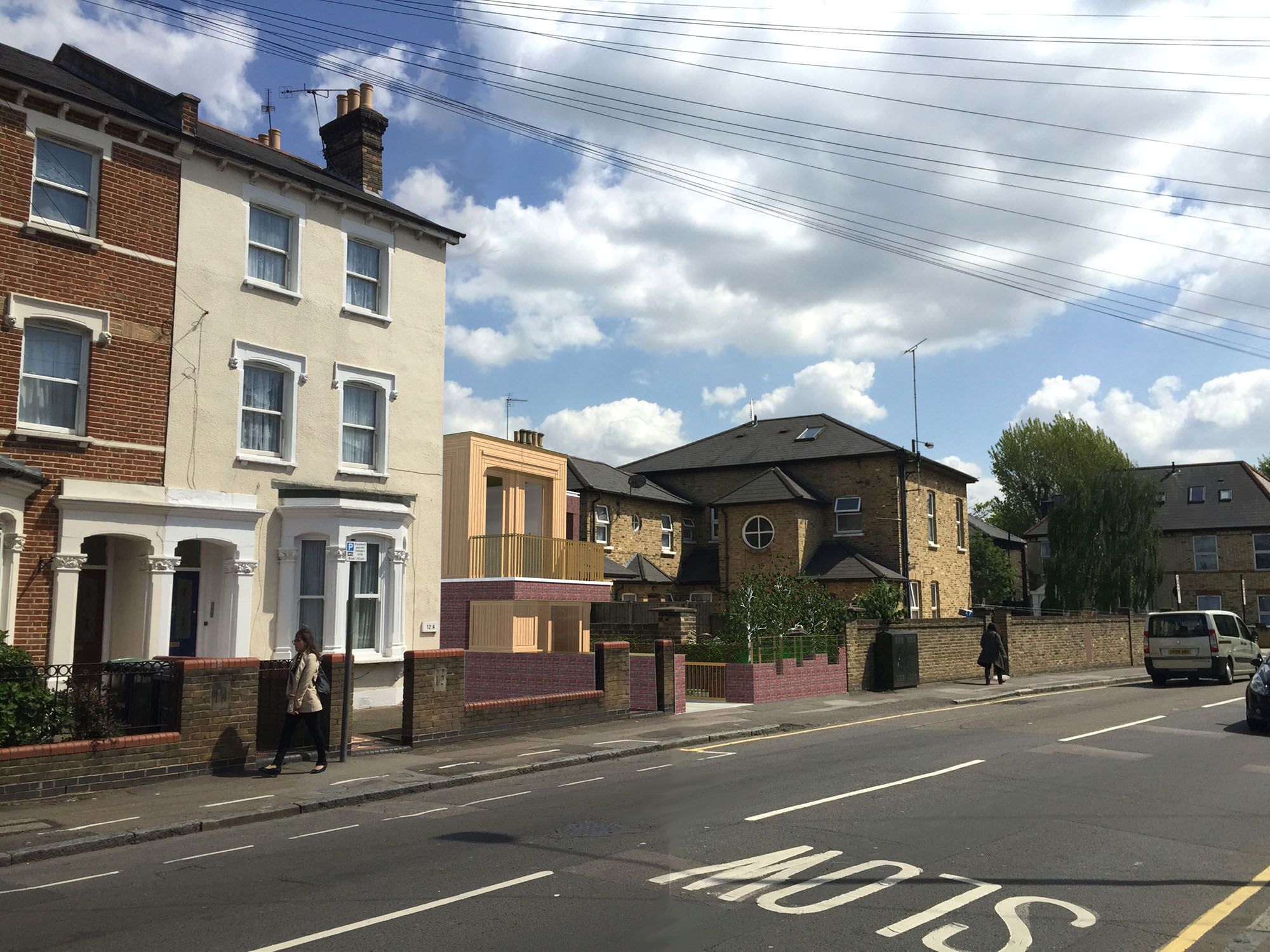 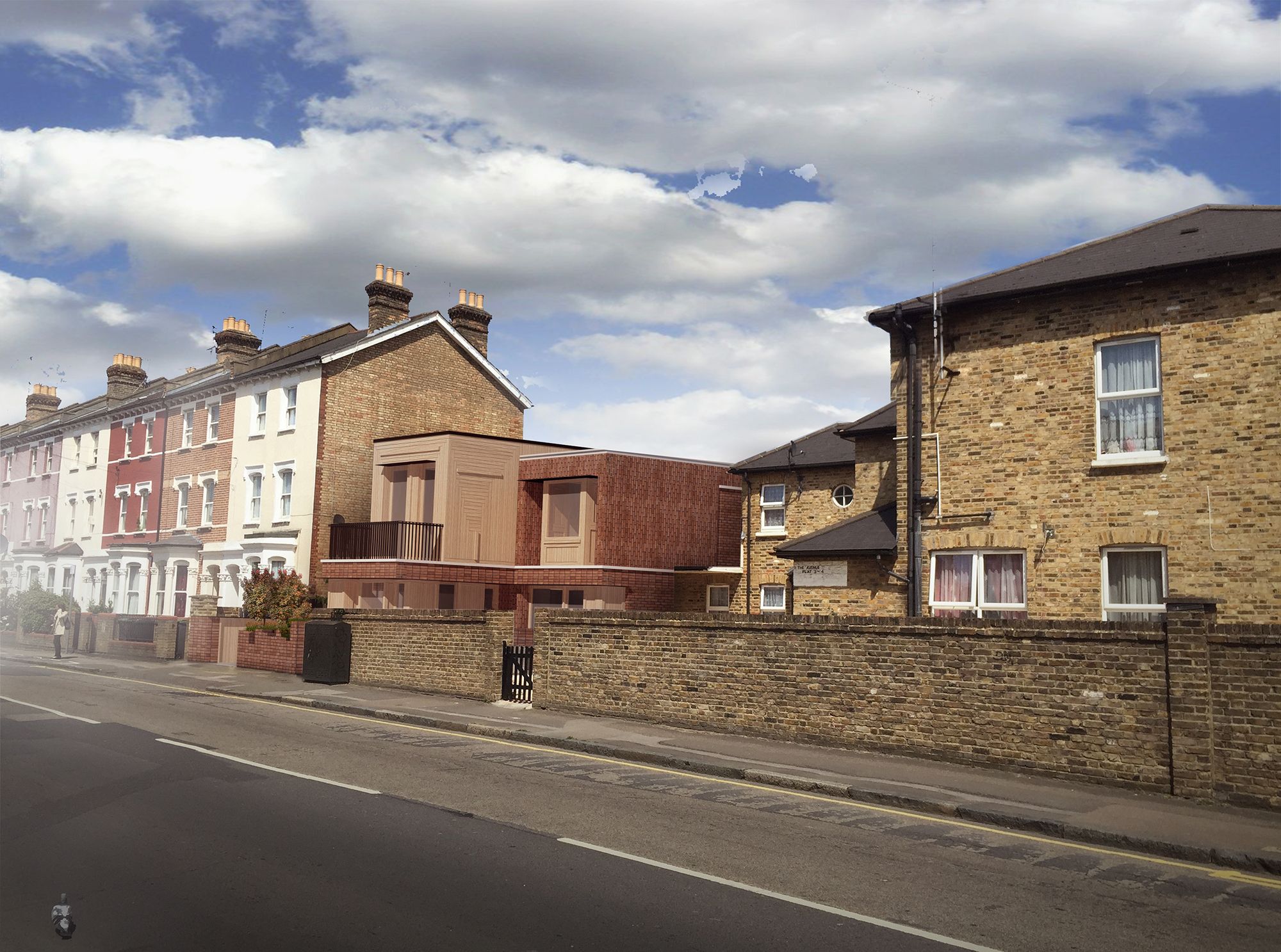 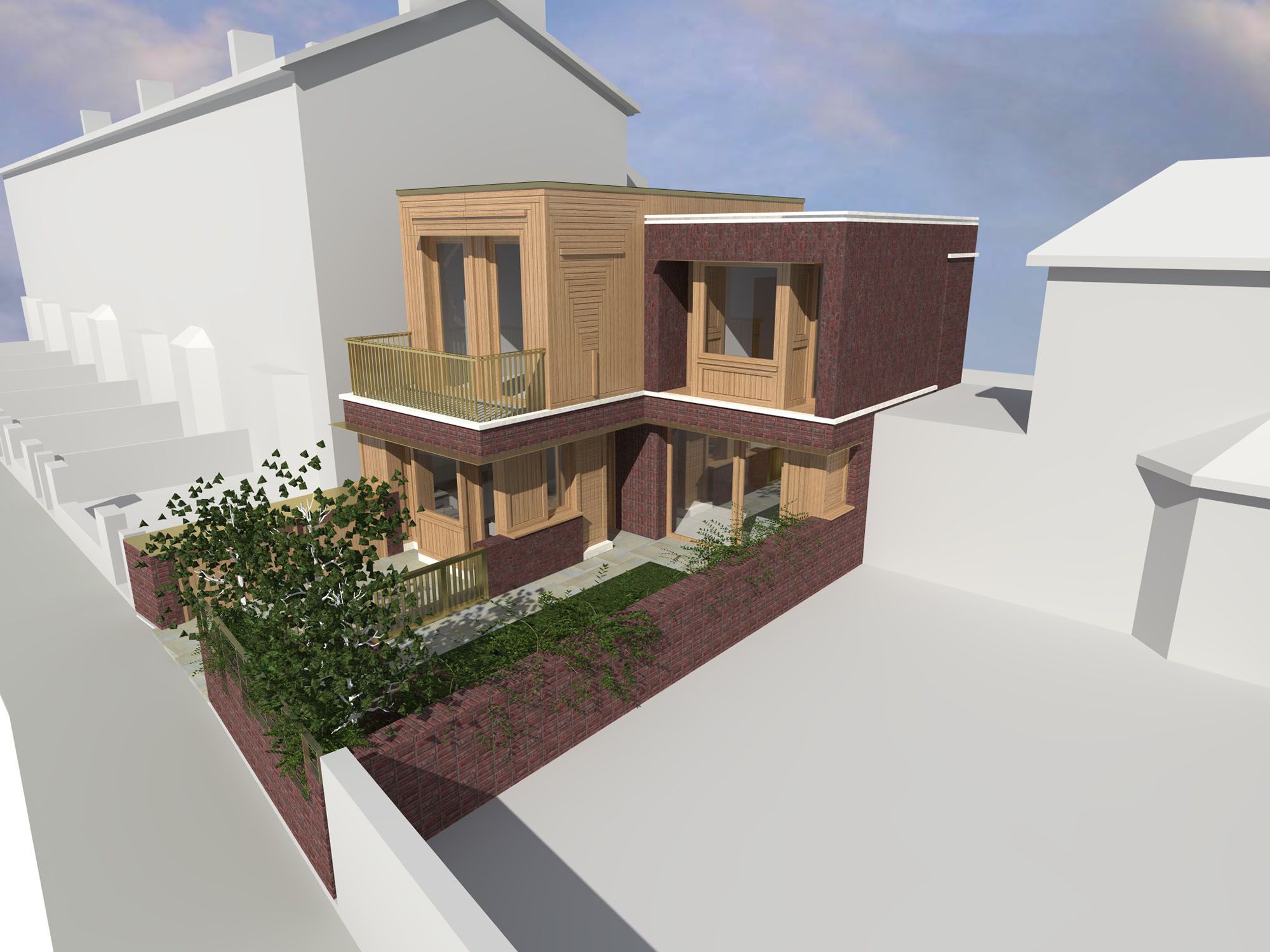 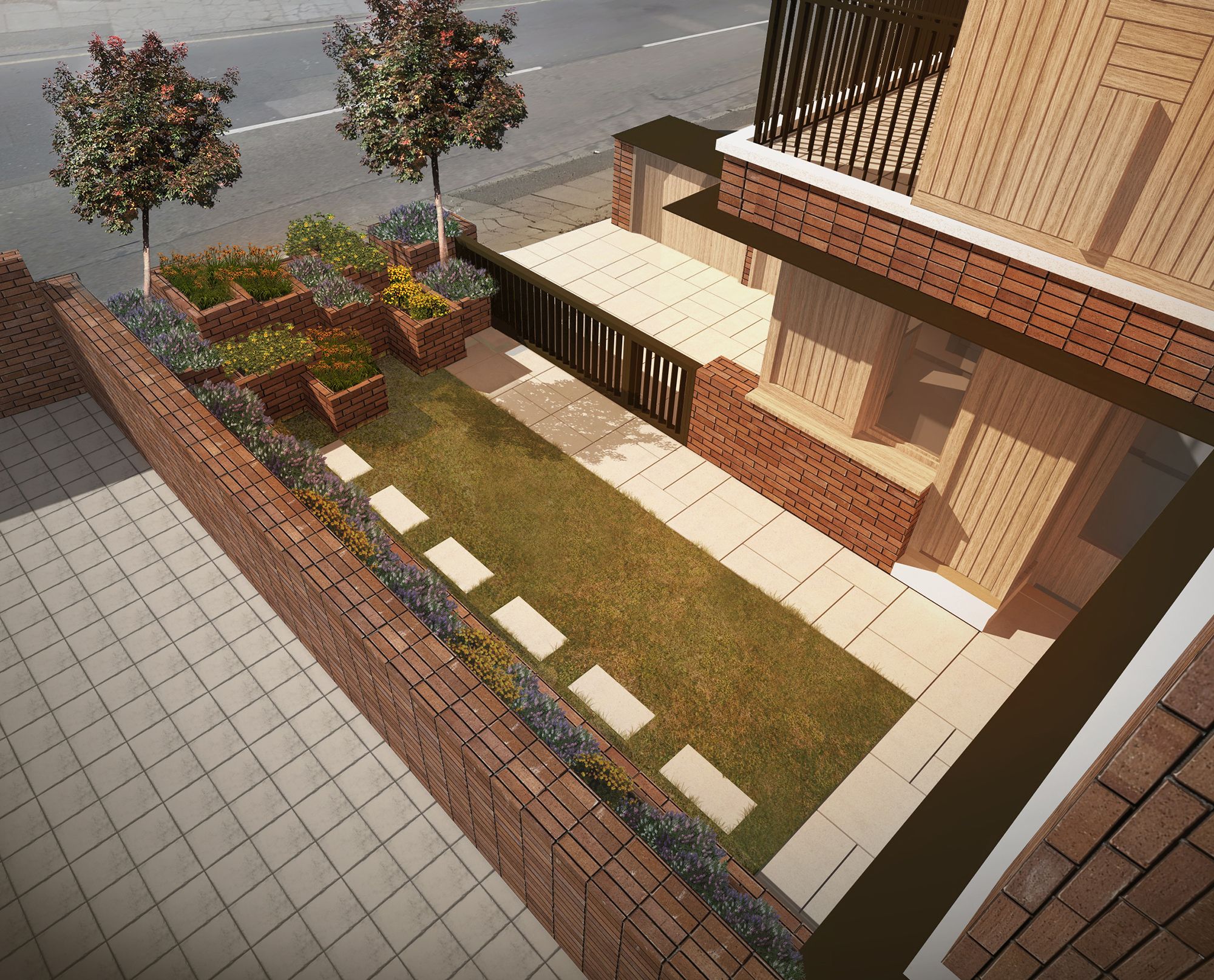